Death following a neck injury: What can we learn from the case of Katie May?

This commentary was originally written as a general interest article for publication on a Web news page. For one reason or another it was not published ... So here it is, in a modified Blog format.

Katie May, a 34 year old Playboy model and entrepreneur, died on February 4th 2016 following a stroke. Whilst the details are sketchy, media reports of a neck injury during a photo shoot raises questions as to how a fit healthy 34 year old, could go from an apparent neck strain to a fatal stroke in a matter of days. This report takes look at the mechanisms of early stroke and considers what we can learn from the case.

Neck pain is a common complaint that is thought to affect around 10-13% of the population. However, most patients do not have a life threatening condition. That said the cervical blood vessels can be susceptible to injury. This was illustrated graphically by the tragic death of Australian Cricketer Phillip Hughes. Hughes died from a sub arachnoid haemorrhage (bleed to the brain) following a blunt injury to a blood vessel in his neck from a cricket ball.

The blood flow to the brain is carried by two small vessels at the back of the neck called vertebral arteries, and two larger vessels at the front, called the carotid arteries. The carotids carry around of 80% of the blood flow to the brain. It is well known that any of these blood vessels can be injured by trauma or affected by disease. It is well known that the early presenting symptoms of arterial dissection may be neck pain or headache and that ischaemic symptoms may not develop until later. 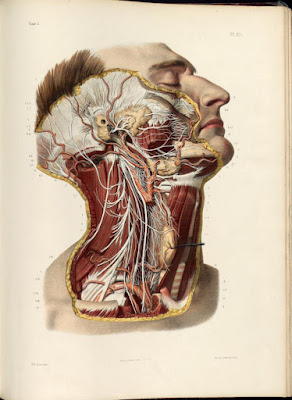 So, how could an apparently fit, healthy female, suffer a stroke leading to death at the age of 34?

The complete picture of exactly what happened in this case remains unknown, but we can learn from past experience. There are a number of potential scenarios.

One scenario is that like Phillip Hughes, Katie May had perfectly HEALTHY blood vessels that were injured internally (arterial dissection) by an ‘awkward’ fall during a photo shoot. What happened thereafter remains open to speculation. At that point ANY intervention whether it was advice (to keep moving), pain management/education or manual therapy/manipulation, may have ended with the same outcome.

It remains unexplained how some dissection pathologies resolve yet others go on to lead to stroke or death. It is thought that this may relate to variety of intrinsic conditions linked to connective tissue disorders and clotting factors. In addition, extrinsic factors may also play their part. A failure to recognise the signs and symptoms (assuming there were any) of a developing pathology in accident and emergency, at the GP practice, or under the care of a musculoskeletal therapist (Physiotherapist, Osteopath, Chiropractor) may be also be associated with fatal consequences. A common medico-legal scenario, is a delay to appropriate triage, in order to commence a trial of management or specific treatment. 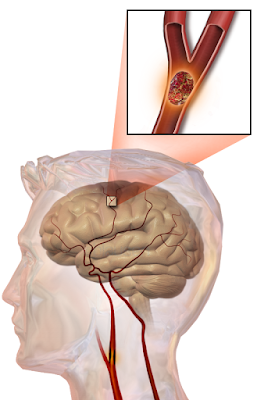 A second scenario of many, is where a person develops musculoskeletal neck pain insidiously or via a minor trauma and seeks the attention of a manipulative therapist, such as a Chiropractor, Osteopath or Physiotherapist. Katie May Tweeted that she was going to see her Chiropractor, though no detail has been released. However, the wave of assumption and speculation implicating Chiropractors, could well be entirely unfounded as this single case study clearly illustrates.

The status of the blood vessels at the time of ANY consultation, may be either healthy OR unhealthy. Unfortunately, without sophisticated equipment, there is no way of knowing whether vessels may be ‘weak’ or suffering from underlying disease such as fibromuscular dysplasia or atherosclerosis (rare in the younger patient). This is one of the reasons that manipulation in particular, has been called into question. At best the science remains equivocal. A recent systematic review found no association and suggested that, "the relative risk of ICA dissection after cervical spine manipulation compared with other health care interventions for neck pain, back pain, or headache is unknown". However, critics argue that spinal manipulation to the neck may injure vessels, leading to stroke.

Neck manipulation has many descriptions, but generally involves a high velocity manoeuvre, outside the control of the patient, which may produce a click or crack. There is evidence to suggest that for acute/subacute neck pain, cervical manipulation provides better pain relief and functional improvement than medications such as varied combinations of NSAIDs, analgesics and muscle relaxants. However, the caveat is that this benefit, may not be entirely risk free. Furthermore, it is suggested that the actual number of adverse events (injury, stroke, death) may be massively under reported. 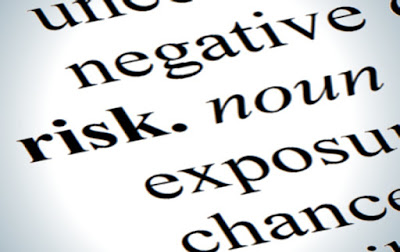 Could the risk be reduced?

The debate on the safety of manipulation has not been helped by the lack of agreement on the risk of blood vessel injury following treatment. Some reports suggest ratios between one in 50 ,000 to one in nearly 6 million manipulations, though as mentioned, many question the accuracy of this data, citing up to 100% under-reporting. A review of 134 case reports, published in 2012, said, “there was potential for a clinician to prevent 44.8% of adverse events (such as stroke or death) associated with manipulation”. The authors suggested, “10.4% of the events were unpreventable”. Interestingly, the patients who died had continued or excessive spinal manipulation, despite the fact that they were not responding to treatment, or their symptoms were worsening.


Despite RCT reports that in apparently healthy vessels, manipulation to the atlanto-
axial joint does NOT appear to increase mechanical stress on the vertebral artery, it remains unknown what the affect might be on diseased, weak or already dissecting vessels (vertebral or carotid).

As it stands, scientific knowledge can neither accurately quantify the risk associated with neck manipulation, nor establish an unequivocal link between manipulation and adverse events. A 2016 physiotherapy publication, a profession that has been prominent in the field of neck risk assessment, suggested that, at best, “early recognition of injury to blood vessels” may reduce the occurrences of inappropriate treatment. This raises the important question of what exactly is 'inappropriate treatment'? Whilst manipulation may have been demonised by some, it is important to understand that blindly defaulting to ANY favoured intervention in the absence of sound clinical examination and risk assessment ... may lead to adverse outcomes in the presence of arterial injury.

Disappointingly, the complexity of the human body and mind, dictates that the answer will vary from case to case and clinician to clinician. It remains essential for ALL CLINICIANS to retain an index of suspicion for arterial injury in cases of trauma, be cognisant of ‘red flags’ and apply appropriate clinical reasoning and examination procedures. A default to, a single school of thought or approach (whatever that may be), may lead to delays to triage, inappropriate management and potential medico-legal consequences.

Atypical, worsening presentations, with OR without subtle ischaemic symptoms may alert the clinician to the presence of arterial injury. The diagnosis of arterial dissection rests on a careful clinical history, physical examination, and targeted ancillary investigations. Clinicials should be cognisant that delay may be fatal.

What do we all have to learn from cases like this?

1. Retain an index of suspicion for vascular injury in trauma cases.

2. Know your anatomy and pathophysiology.

4. Examine and question the patient in detail.

5. Have, and retain vigilance for ‘Red Flags'.


6. A DELAY to appropriate management, is a common root cause in many medico-legal cases.

... There is NEVER absolute certainty 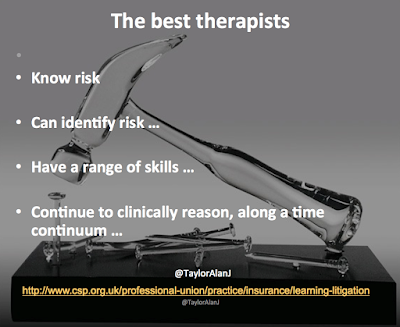 Author: Alan J Taylor is a writer and critic who thinks about stuff and works as a Physiotherapist, University Assistant Professor and Medico-Legal expert witness ... The views contained in this blog are his own and are not linked to any organisation or institution. Like Bukowski, he 'writes to stay sane'.

Posted by Clinical Reasoning Sessions at 02:12