The recent Body in Mind blog post ‘Exercise for chronic whiplash: does it matter how we do it?’ by Zoe Michaleff, was an unexpected delight and breath of fresh air. Here you can see a top researcher reporting on a study that found the virtual OPPOSITE of what her team found, in an open objective account, without bias and without trying to tear that study apart from a methodological (or any other) perspective. She even went on to offer a plausible scientific explanation for the differences between the studies.

Why, you may ask is this so refreshing? Well, because we so seldom see it!

Whilst some commentators have gamely suggested we think carefully before alighting the latest 'bandwagon' (whatever that may be this week) and others have exhorted us to simply think. More commonly, we see a plethora of blogs/articles/tweets which support various theories or schools of thought, which are driven consistently by confirmation bias. In fact, it could be argued, some have even gone so far as to patrol the internet, helpfully fulfilling the role of rapid response 'Cyber Evidence Police'... and that's OK ('it's for your own security'), providing they are always right, BUT sadly, no-one is right 100% of the time. 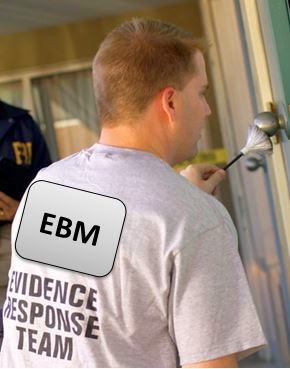 Let's first consider the definition of confirmation bias or 'my side' bias ... 'the tendency for people to favour information that confirms their beliefs'.

Have you ever picked up a newspaper or magazine article and been drawn to a particular article and read it voraciously, lapping up the prose and rhetoric as you go? Conversely, have you picked up an article and discarded it after the first paragraph or less? Most people have, and the one of the factors that dictates whether you persist or stop is confirmation bias. In other words we like and enjoy reading stuff that floats our boat, or that confirms our long held/new found ideas and beliefs, and tend to avoid or ignore the converse.

The result is that we may become biased towards articles, research literature, books blogs, tweets, people etc. that confirm our thinking … It is human nature. I often see students working on critique of research papers for example, using a single marker pen. I can’t resist asking what they are highlighting … “the interesting stuff”, “the relevant stuff”, “the bits that support the theory I’m working on” etc. 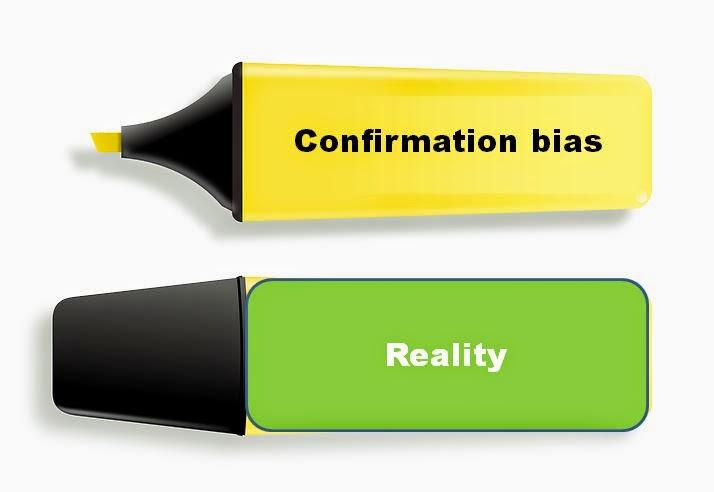 Only occasionally does anyone have two different coloured marker pens … one for the supporting evidence and one for the opposite point of view. Try it yourself, concentrate on what doesn’t support your theory for a moment, concentrate in the holes in the theory, the method, look at an argument from the opposite side. It is both illuminating and revealing and naturally, you’ll probably find the second marker pen is used a lot less than less than the first. Of course, that may be because of what you chose to critique in the first place.

Believe it or not … Human nature and confirmation bias may lead you to overlook the methodological, scientific, statistical or philosophical holes in one paper, whilst using all of your might to apply those things to another. In other words, there may be a tendency to ignore or under weigh evidence that could dis-confirm an opposing hypothesis. We see examples of this time and time again in the interpretation of physiotherapy evidence.

It is always worth asking yourself ... “When is the advocated theory ever wrong?” Nothing works all the time. An astute person is aware of the limitations of any idea or practice. Challenge any 'authority' to explain the alternative of their position, and when they might use another option ... You can see more on that approach here.

What is even more revealing is when we see ‘conversions’ from one school of thought to another. Take a moment to look at this blog article on the 'conversion' of a staunchly religious person to an atheist and what happened thereafter. Not untypically, the post conversion individual went on the attack and " … dismissed all others’ beliefs and assumed his was correct". That frankly, is not a brilliant scientific or philosophical stance to take regardless of the 'evidence', there is always a contrary view and another side to any coin ... and the evidence base, as we know is an ever changing landscape.

So that is why Michaleff's article was a breath of fresh air … I think, as a profession we can all take something from that ... and perhaps 'work together and learn together'.

If you want to read a little more on the various types of bias that may permeate our World ... this article is not a bad place to start. 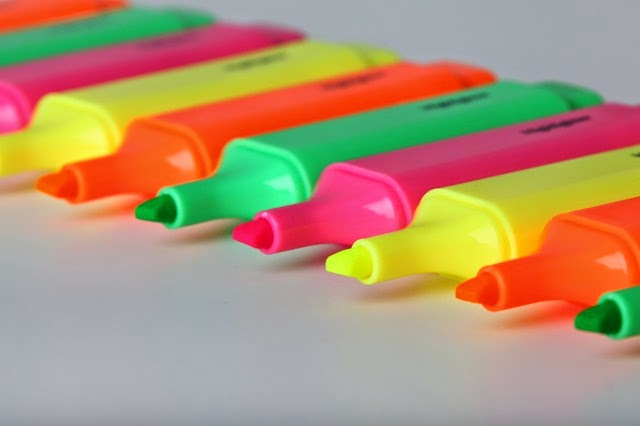 Author: Alan J Taylor is a writer and critic who thinks about stuff and works as a Physiotherapist and University lecturer ... The views contained in this blog are his own and are not linked to any organisation or institution.

Posted by Clinical Reasoning Sessions at 13:04