The art of ‘naysaying’ …evidence based practice and whiplash associated disorder


So first of all, what is a naysayer?

Well, the Merriam-Webster gives the following definition – “a person who says something will not work or is not possible: a person who denies, refuses, or opposes something”
The Urban Dictionary definition is somewhat lengthier and perhaps more revealing:
“One who frequently engages in excessive complaining, negative banter and/or a genuinely poor and downbeat attitude.”
They continue … “Naysayers are distinguished by their tendency to consistently view the glass half empty, make frequent one-way trips to negative town, and constantly emphasize the worst of a situation. They have the keen ability to spread their pessimistic attitude to a group of unsuspecting bystanders and encourage others to employ their mind-set.”

From a behavioural perspective they suggest that “Naysayers … will stop at nothing to bring a general sense of negativity to any situation.”

BUT … What has this all got to do with Physiotherapy and evidence based practice? 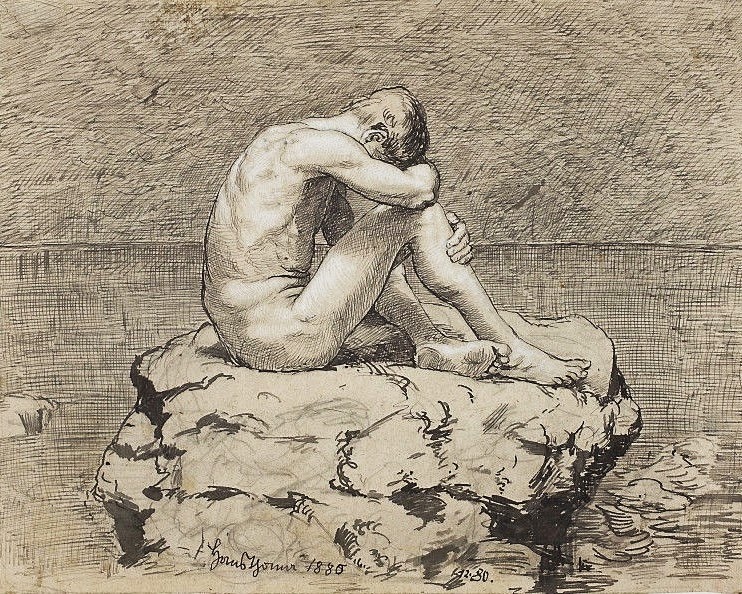 Because it is EASY to be a naysayer in the tiny World of evidence based medicine (EBM) or practice (EBP). We seem to be beset by a veritable queue of them, some aspiring desperately to be the next EdzardErnst (he made a career out of it … and still does!) within their own ‘specialist’ domain.

Physiotherapy (PT) has not escaped this trend. There is an increasing army of bloggers (he said from his blog … such irony!) and Twitterati, who now peddle their view of the World. They utilise the latest evidence, to back up their statements and often negative rants about WHAT DOESN’T work in PT (Yawn! If you haven't seen one, don't go looking for one ... you could end up writing a blog!).
They pre-empt criticism, by cleverly suggesting that anyone who disagrees  with their interpretation of the the evidence, is either ‘unscientific’, a ‘fool’ or perhaps a ‘curmudgeon’, thereby discouraging discourse or opposing views from the outset.
…and so what?  I hear you ask!
PT has come a long way in the last decade or two, in terms of its use of the evidence base, to drive treatment interventions and mould out-dated thinking and practice. As each day goes by we find more and more studies, which guide the way we treat and rehabilitate our cases.

Of course, it can be very puzzling and even soul destroying for clinicians to find that a mode of treatment which they believed was ‘effective’, is suddenly found by the latest study to have little or ‘no effect’ ...BUT that's life, it makes us stronger!

A good example is the recent publication in the Lancet, which suggested in its ‘Interpretation’ section … “We have shown that simple advice is equally as effective as a more intense and comprehensive physiotherapy exercise programme.”

This type of conclusion ... naturally comes as a body blow to clinicians, many of whom have an inherent faith in the belief that their interventions are doing good. 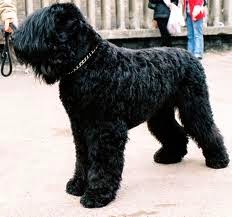 So just when you were feeling a little vulnerable ... ENTER THE NAYSAYER! … Usually a confident and bold academic type, who with all the guile of Jeremy Clarkson in a dog naming competition
...explains gleefully in a detailed blog, that, ‘actually folks you got it all wrong’ ... which of course he/she knew all along … and which is now ‘evidenced’ by the latest trial!


Brilliantly done and incredibly EASY … BUT WHAT IS THE POINT?
Answer … There isn’t one!
… Though they WILL say, they are disseminating information … updating us all on the latest evidence.

Errr maybe … OR it could be argued, gleefully exercising blatant ‘told you so’ promotion of their own Worldview.

Academics have the luxury of being able to access, read and analyse the latest research and some do that brilliantly, as do many clinicians. As a result there is a plethora of blogs, which are designed to be genuinely helpful to clinicians and academics alike, and give thoughtful interpretations of contemporary evidence, which can be translated into practice. The sportsphysio is one excellent example, rogerkerry.wordpress is another. 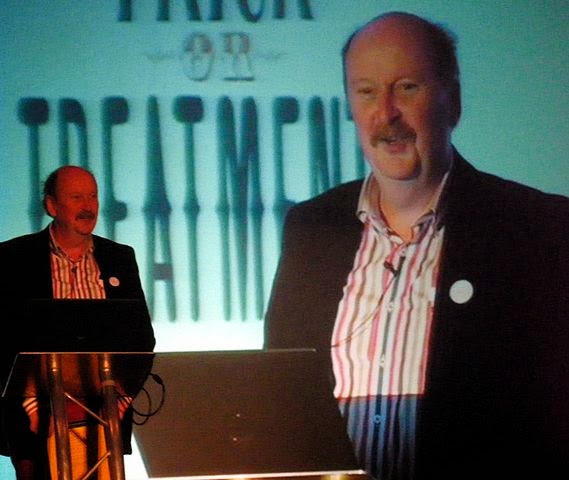 Thankfully, as the Urban Dictionary helpfully suggests, naysayers are, “Not to be confused with non-naysayers … who fight against the negativity brought forth by naysayers, make the best of a situation and are not afraid to call out a naysayer on the spot.”
My personal advice to busy clinicians is to seek out the pragmatic NON-NAYSAYERS (like those mentioned above and here). Those who have the ability to construct rather than deconstruct their own profession, whilst at the same time, embracing the concepts of contemporary science and evidence based clinical practice.

Change is required, but not via the medium of lofty negativity.

On the subject of whiplash injury

This is NOT a trivial subject … The emerging science is welcome, it is clear that PT’s will need to look carefully at current practice in the light of contemporary studies relating to Whiplash Associated Disorder.

Prof Michelle Sterling herself, suggested a PT role in assessment, sub-grouping, early recognition of PTSD and triage (for early cognitive behavioural therapy) may well be sequelae of the groups latest findings. 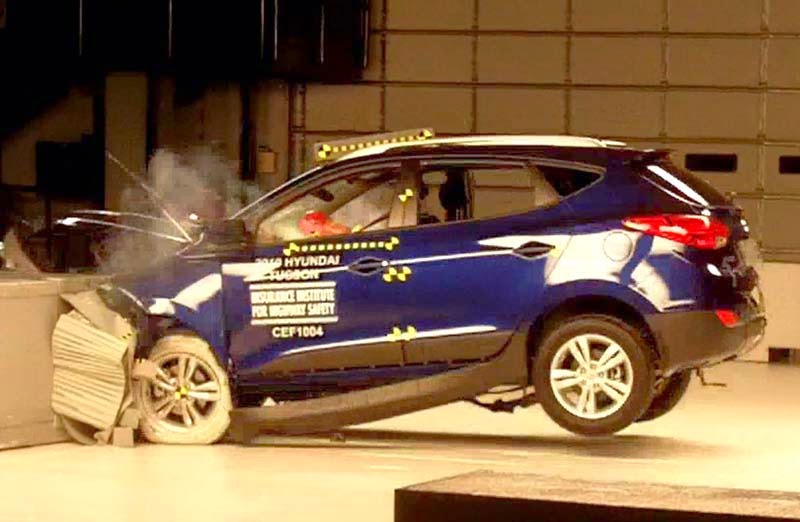 Using Michaleff et al’s study as an example, DON’T FORGET ... it only looked at one particular ‘pragmatic exercise programme’ ... devised by 'experts' YES, but was it the right type of rehab, applied at the right time?
In other words, in the same way that the emerging research has guided our thinking on best practice in ACL rehab for example, it may well guide us further in the field of WAD.

DO NOTE (because the naysayers may have missed it ...) the final paragraph in another Lancet Article relating to WAD and exercise…

“… These findings should NOT be interpreted as encouragement to abandon exercise therapy in these patients: ... the question is HOW & WHEN to exercise people with chronic whiplash-associated disorders.” (upper case, for non-naysayer emphasis)

Academics might dwell for a moment on this statement from Nijs and Hickman 2014 ...


FINALLY clinicians, ask yourself honestly … (with or without CBT) when was the last time you REALLY applied resistance to cervical spine musculature during neck rehabilitation?  ...and more importantly, would it make any difference to outcomes?

The jury, on those particular questions will remain out for some time.

For a guide on useful BLOGS and 'Physio Twitterati' ... Here is the helpful physiotalk BLOG 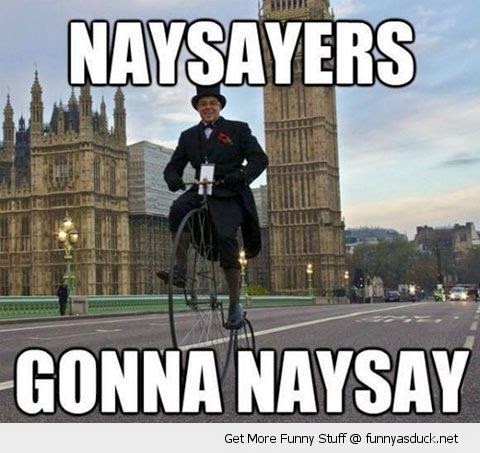 This article was written by a curmudgeonly, argumentative NON-NAYSAYER, entirely for the purposes of pleasure and self promotion (..ha, ha!).


Any association of this article with any particular blog ... or any person living or dead, is entirely constructed via the imagination of the reader.

Alan J Taylor - is a medico-legal expert witness, in the field of clinical negligence related to manual therapy and stroke or other haemodynamic events.

He has worked as a lecturer in Physiotherapy and Sports Rehabilitation & Exercise Science at the University of Nottingham since 2010.

He worked full-time as a clinician until joining the UoN and maintains a clinical case load via his Consultancy, which regularly takes him to to some of the UK's leading sports clubs. He deals with a variety of pain and performance related cases, many with a haemodynamic bias.

Posted by Clinical Reasoning Sessions at 09:11