Reflections on TWEED13 @University of Nottingham

The University of Nottingham’s ‘Twitter in Education Conference’ TWEED13 took place on December 16th 2013. The mini-conference raised a number of interesting issues and potential directions for the future. 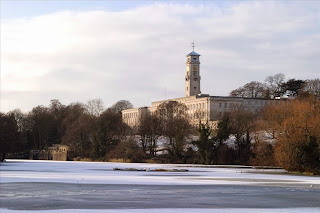 Roger Kerry @RogerKerry1 (Division of Health Sciences) and Natasa Lackovic @natasa_wonders (Learning Sciences Research Institute) presented their experiences of attempting to engage 43 Physiotherapy (PT) students in a Twitter based project to promote engagement with the evidence based practice (EBP2) module. 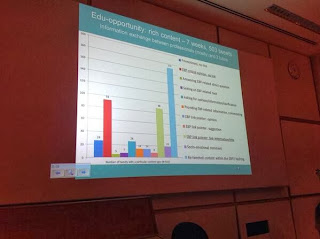 In short … Despite the news that recent research from @pewinternet shows Twitter's influence has doubled amongst (US) teens. Nottingham’s PT students did NOT engage!

This may come as a surprise to some and a no brainer to others. 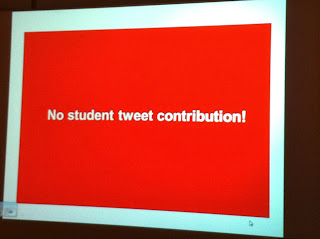 Whilst is well known that students spend many hours on social media platforms; it seems they are spending the bulk of it on Facebook and only a small proportion of it on Twitter.

As it turned out that only 12/43 students in the Nottingham cohort actually were Twitter users prior to the study. Subsequently, next to no local students took up the cudgels. However, there did seem to some take up of the #EBP2 hashtag from other academics and interested parties and PT students other Universities. 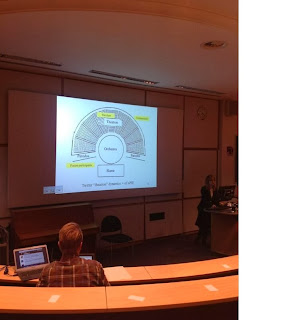 So what does this tell us? … and what are the directions for the future? Well it seemed in this one small study that students simply didn’t ‘get it’. The conference perhaps provoked more questions than answers. Such as;

‘Should lecturers be incorporating this technology into lectures to illustrate its worth?’

‘Is the whole thing simply distracting anyway… and would we be better without it?’

So what are the barriers to Twitter use in education? 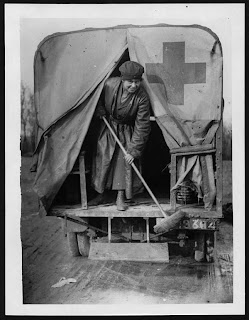 Provide social media training/induction? … to highlight how and why they might want to use social media avenues for their studies.

Use a ‘professional’ Twitter pseudonym … a tactic commonly used in business, music and education. It is not uncommon for individuals to have multiple ‘profile/personalities’ on social media. This eliminates the student’s  worry of lecturers ‘seeing their silly tweets’.

Encourage ‘lurkers’ … It is often possible to learn a great deal from the posts, debates and discussions of more confident engagers without EVER entering into the conversation.

Use of twitter for providing student feedback (via the private message facility - 140 characters) … The beauty of this, is that it HAS to be short and to the point … a useful writing skill at every level for students and academics alike.

#Tweed13 provided an outcome which was perhaps different from my own personal expectations. However, that in itself was entirely thought provoking. The mini-conference provoked (cyber and real) discussion and gave us some useful pointers for future directions in an emerging field within University education.

Far from being a lame duck, this small study perhaps just illustrated we may have to be a little more inventive with regard to our own approach to innovation. I can't wait to get back on the lake again! 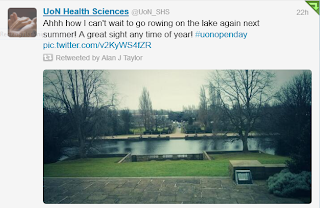 The author @TaylorAlanJ  uses Twitter in education in a variety of ways.